So, here I am at DMAC, with plenty of time devoted to writing with media. I had a head start on the final project because I already had a venue. I’ve used blogs for professional/personal identity since 2001 or thereabouts. So, given that I had the extra time, my two clips–the poem and the essay–were calling out for a third: one that did not use voiceover and let on-screen text do the heavy lifting. I chose a different poem this time; it was one that had some definite line break moves that added to the functioning of the poem. This was the start.

I also wanted a specific clash of visual aesthetics in order to get across the emotional smashup in the poem. The stock backgrounds with iMovie did not work, possibly because they are so tasteful. I needed the sparkly pinkness that screams “girly happiness,” and iMovie was not up for that. The other issue from the start was how to stack up lines into incrementally visible stanzas. The result was that I went  to Illustrator (part of Adobe Creative Suite) and made backgrounds, lots of backgrounds that sequenced the text. 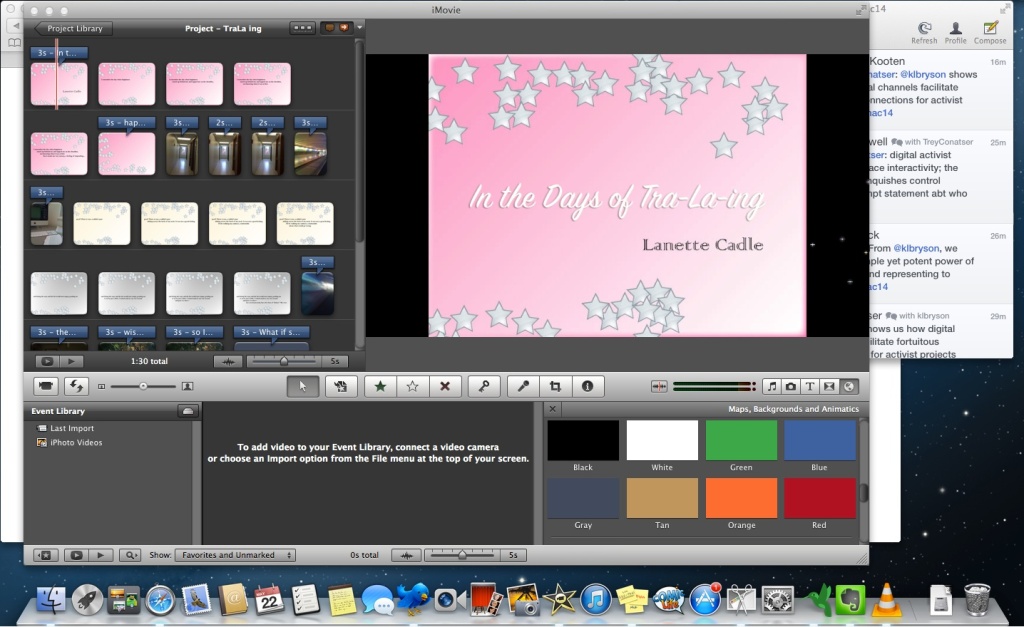 That was as far as I got last night. In studio time and during breaks, I snipped clip lengths, and most surprisingly, ended up with ninety seconds. I then needed to go into Jamendo and begin my music search. The goal was folk music, instrumental-only, that sounded vaguely happy, yet disjointed. Let the search begin. There would also be live singing (*gasp*) for about a stanza, but that would either work or not.

Update: finding the music through Jmendo was not that hard. I searched “folk” and mandolin,” which gave me only a page of choices.  I added a stock iMovie heartbeat for one screen and a splash sound for another. The heartbeat made a transition to the next music, a version of “Jolene” found through Jamendo that really blended well and did what I had in mind. My last move was to overlap a clip from the mandolin music over the credits. 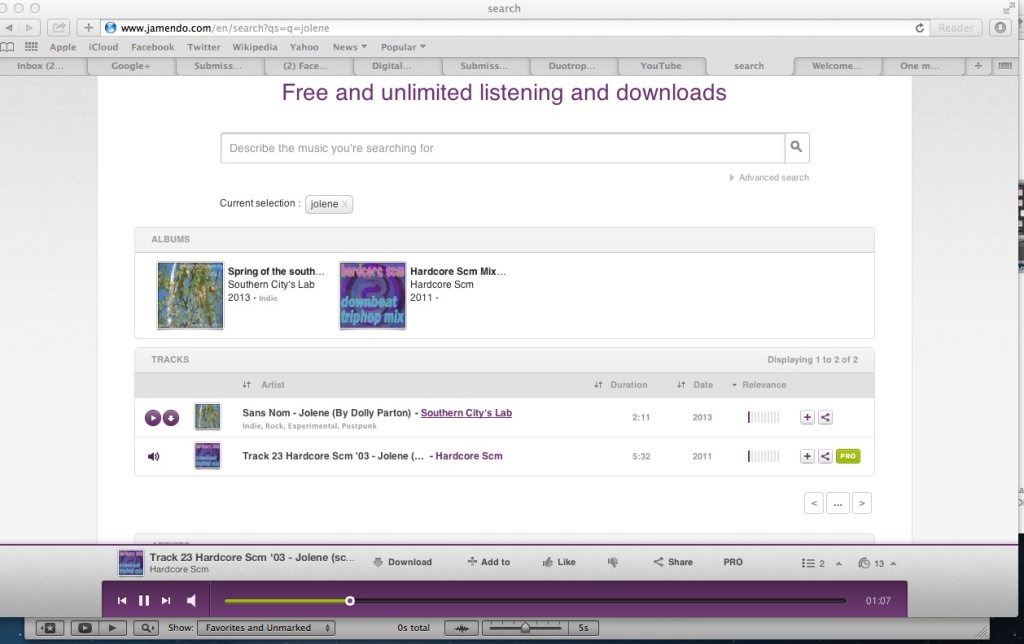 This did not go without a hitch. I forgot to update the credits to include the music and had to redo the finalized clip and re-upload to YouTube. That was fixable though, and it was soon done.