I took some unexpected photos while i was on campus today of a predator bird with its prey–a black bird. The predator had owl face, but a passerby was positive that it was a blood-tailed hawk and the prey was a pigeon. Well, I sincerely doubt that pigeons in Missouri are all glossy-black and look like crows, but okay. I looked up the hawk and there is a bird called a red tailed hawk and the body is similar but leaner. However, I saw the face of the bird and the girl who was so sure of herself did not. I thought I saw the round, pale, shield-like face of a barn owl so that’s what I thought it was then. I know owls are not usually out during daylight, but this was dusk and and it was feeding. I did not have my little Sony camera because I left so early today for a 7:30 AM meeting, but I did have my iPhone and did my best.

I could not get a good shot of the bird’s face since by that time it was done glaring at my and was back to its meal, which, by the way looked nothing like a pigeon. So, it’s a good thing I took photos. I went to Photoshop and lifted the shadows so that the bird is more visible, and if you enlarge the photos, it does have a hawk-shaped head and beak. It may take a bit for me to reach greatness in birdwatching. 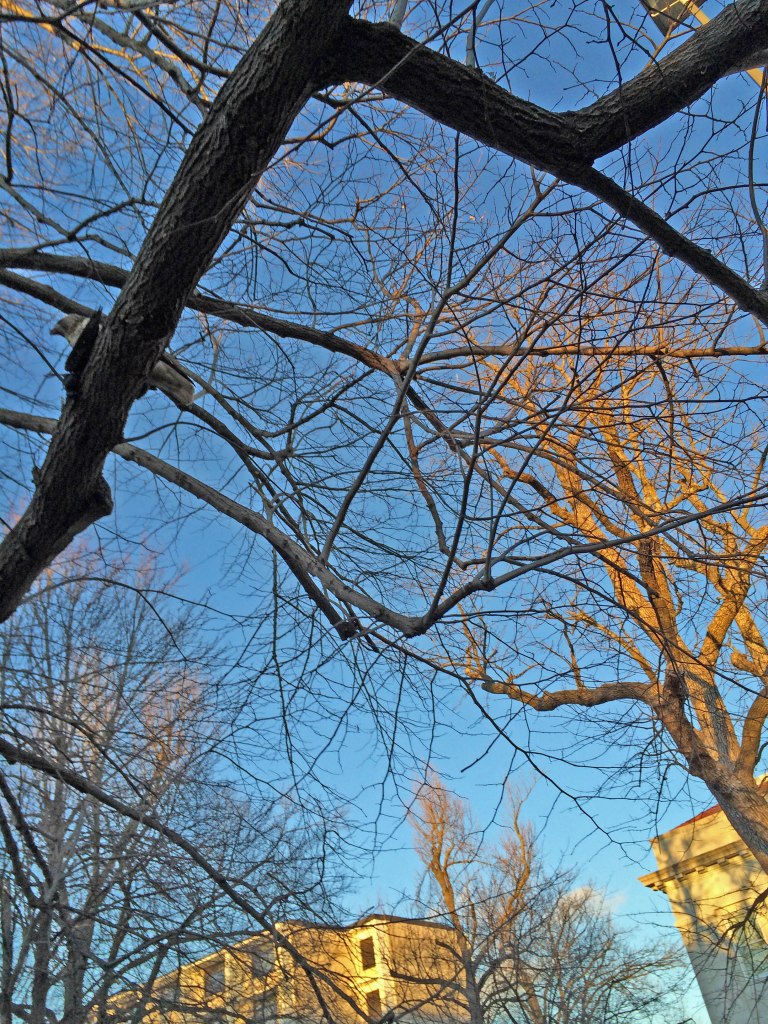